By Mark Tovey for Mailonline

Ambulance trusts have revealed they receive dozens of complaints each year about vulnerable patients being lodged in compromising positions.

The East of England Ambulance Service left a blind patient in a hospital car park to wander around for two hours, before finally being guided to the right place by a member of the public.

South Central Ambulance Service abandoned an immobile patient with Parkinson’s who was recovering from an unattended tracheostomy at his home, where his wife was ‘surprised’ to find him hours later ‘exhausted’ and hungry.”

MailOnline carried out the survey of ambulance trusts using freedom of information requests.

A South Central Ambulance Service spokesperson said: “Our patient transport teams are non-clinical and transport patients according to instructions given by the care provider.

“There was a lack of information provided about the patient’s care needs when booking, so we have since reminded the supplier of the information required by our crews before a trip.”

East Midlands dropped off a stroke patient with limited speech at reception, but they couldn’t find their own way through labyrinthine hospital departments to their appointment or even ask for help , leaving the patient “distressed”.

In 2020/21, the ten ambulance trusts in England received 50 complaints from patients who had been abandoned by patient transport services, compared to 36 in 2019/20.

East Midlands topped the chart for the highest number of complaints (38) received by outraged patients disappointed with patient transport services between 2019 and 2021, although other trusts’ totals were reduced by their partial refusal or total to provide the requested data.

A driver left a frail old woman, who fell from the vehicle trying to get out, on the sidewalk to struggle to her door without any help.

The old woman’s grandchildren complained to the North East Ambulance Service, saying it took them 20 minutes to get their grandmother and her bags into the house after the driver accelerated. 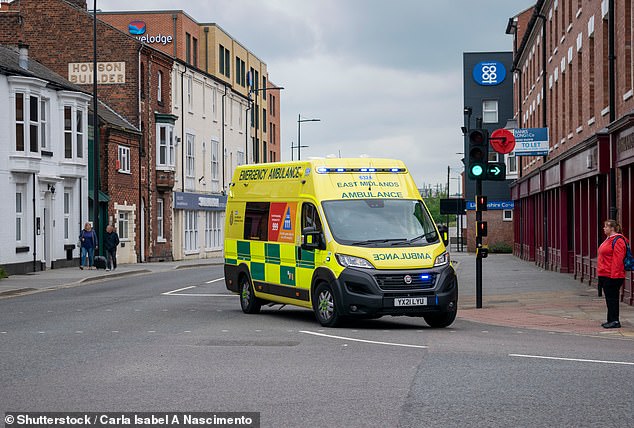 The East Midlands Ambulance Service has received 38 complaints in two years, more than any other ambulance trust – although the other trusts’ totals have been reduced by their partial or full refusal to provide requested data 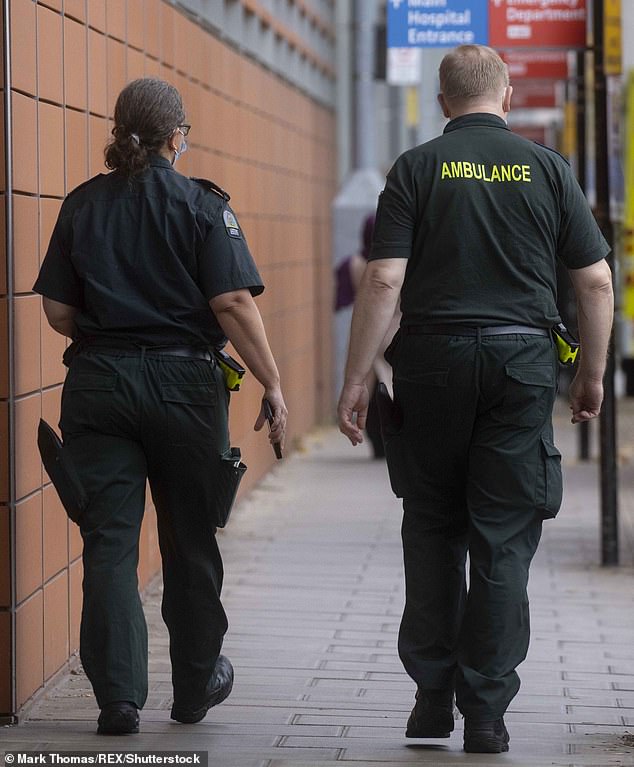 A complaint has been received for a private patient transport company in London, which took a patient to the wrong address leaving him in his hospital gown to be picked up by bewildered neighbours.

Another vulnerable patient was left propped up in a chair with no lifeline button passed to them, and when carers found them hours later – not having been told the patient was coming out – they were on the floor covered in diarrhea and unresponsive, according to a complaint received by East Midlands Ambulance Service.

A complaint received by the North East Ambulance Service said a patient who had to present with a full bladder for clinical reasons was abandoned at the hospital reception – as the driver told the desperate, cross-legged patient that it was not their job to take them away.

A spokesperson for the East of England Ambulance Service said: ‘We are working together with colleagues from the hospital and social services to ensure that patient transfers are well managed, and we will unreservedly apologize to all patients affected by instances where this did not occur.

“We continue to work closely with our private providers to ensure that such cases do not happen again and that the high standard of care that we strive to provide is provided to all of our patients.”

Paul Liversidge, chief operating officer of the North East Ambulance Service, said: “Of the hundreds of thousands of patient moves we make every year, these are isolated incidents where our care has clearly fallen far short. expected standards.”